Bay Village is the smallest officially recognized neighborhood of Boston, Massachusetts. As of 2010, its population was approximately 1,312 residents living in 837 housing units, most of which are small brick row houses

The narrow one-way network and irregular grid arrangement of the streets make the interior urban spaces of Bay Village relatively quiet and pedestrian-friendly, due to sparse automobile traffic. Most of the sidewalks are paved with brick and are lit by gas street lamps at night. One small street is still paved with original cobblestones, while the remainder has long ago been repaved with asphalt.

There are a few “vest-pocket parks” located within or nearby Bay Village, including Eliot Norton Park, which although technically located in the Theatre District, is just across Charles Street from the eastern boundary of the neighborhood. The Boston Public Garden and Boston Common have located just two blocks away from the northern edge of Bay Village.

Architecturally, many homes look like smaller versions of Beacon Hill townhouses. This is largely because many of the craftspeople that built the Beacon Hill residences settled in this area and built the local residences for their own use. There are many types of architectural styles of homes that can be found in Bay Village, Federal, Revival style, and Victorian styles are all styles that you can find when looking at homes in the neighborhood.

Bay Village has a lot of rich history but one historical fact that any literature buff can appreciate the home of Edgar Allan Poe was born in Bay Village. Edgar Allan Poe was born at the edge of Bay Village and both his parents were actors in the Theater District, which was nearby. A commemorative plaque on Boylston Street is a couple of blocks away from the actual location of Poe’s birth.

Bay Village today is a very walk able area, but mass transit options are available both Green, Orange, Silver are all easy to get to. South Station and Back Bay are also close by. The neighborhood of Bay Village today doesn’t have any shops or dining and it’s a neighborhood but again it’s easy to get to. It’s often a neighborhood that is very quiet since it doesn’t offer a reason for folks to cut through to get to another neighborhood. Best of all it looks like Beacon Hill but doesn’t have a hill its all flat making it a great place for folks who love to walk.

No shopping in Bay Village itself but Shops in Back Bay and South End offer just about everything a resident could want from CVS, Supermarkets, and high-end shopping. 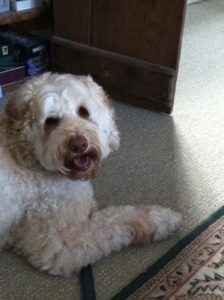 Tuesday and Friday, May 12-November 21 11am to 6pm right in Copley Square

Up Academy Charter School Of Boston