Beacon Hill is one of the best-known neighborhoods throughout the world. Most tourists when they come to Boston Beacon Hill is often on their list. Beacon Hill is a neighborhood of Federal-style row houses and is known for its narrow, gas-lit streets and brick sidewalks. Beacon Hill has three sections: the south slope, the north slope and the “Flat of the Hill”, which is a level neighborhood built on landfill. It is west of Charles Street and between Beacon Street and Cambridge Street. In 1803 and 1805 the first construction of homes started freestanding mansions, symmetrical pairs of houses, and row houses. In the 1830s, residential homes were built for wealthy people on Chestnut and Mt. Vernon Streets.  Some affluent people moved, beginning in the 1870s, to Back Bay with its “French-inspired boulevards and mansard-roofed houses that were larger, lighter, and airier than the denser Beacon Hill. The south slope “became the seat of Boston wealth and power. Development on the flat of the hill began in the early 19th century. Single-family homes often had stores on the first floor for retailers, carpenters and shoemakers.

The North Slope was the home of African Americans, sailors, and Eastern and Southern European immigrants.  The area around Belknap Street (now Joy Street) in particular became home to more than 1,000 blacks beginning in the mid-1700s. While this community is often described as arising from domestic workers in the homes of white residents on the south slope of the Hill, property records indicate that the black community on the north slope was already well-established by 1805, before the filling-in of the south slope was completed, and so before that slope of Beacon Hill came to be considered an affluent area.  Beacon Hill is predominantly residential, known for old colonial brick row houses with “beautiful doors, decorative iron work, brick sidewalks, narrow streets, and gas lamps”. Restaurants and antique shops are located on Charles Street.

Louisburg Square is “the most prestigious address” in Beacon Hill. Its residents have access to a private park and live in “magnificent Greek Revival townhouses.” Nearby is Acorn Street, often mentioned as the “most frequently photographed street in the United States.” It is a narrow lane paved with cobblestones that were home to coachmen employed by families in Mt. Vernon and Chestnut Street mansions

Beacon Hill today is still one of the most exclusive addresses and some of the most expensive real estate for sale sells for less square footage than other neighboring communities like Back Bay. Many residents in Beacon Hill park their car and opt to walk vs. drive, but if walking is something you don’t want to do Beacon Hill is close to plenty of mass transit options.

Park Street on the Red and Green line, Charles Street red line, Bowdoin on the blue line and flat of the hill is also close to Arlington T Station on Green line. 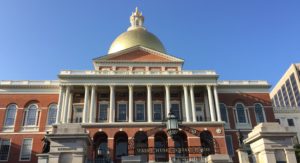 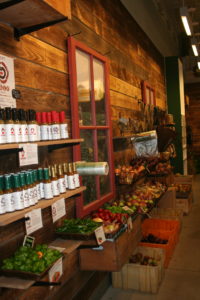