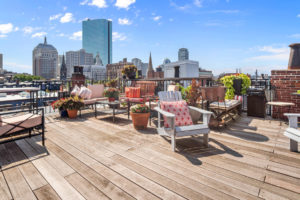 Sept 20th, 2017 I listed 127 Beacon Street unit 51 on market for$735,500 and it sold Dec 5th, 2017 for $720,000. 127 Beacon when it came on the market we were in the middle of a market shift. Buyers were no longer just putting in an offer right away. Buyers were in the habit of watching a listing before they acted on it. When 127 Beacon Street unit 51 was on the market every open house we had was well attended, but the issue of the day was the steep walk up. Once you’re in the home everything you could need is there in unit laundry, Private outdoor space and the home wasn’t completed updated but it wasn’t dated either. We eventually on Columbus Day weekend saw some serious interest, and the winning buyer got the home for $720,000. The buyer agent had worked with the buyer prior had bought the home to live in the city. An investor it was being bought by a couple that wanted it for him or herself wasn’t buying it.  The couple planned to do some work to the home, but if you had asked me so this property will be on market a year from now I would have said no, and well agents can be wrong. 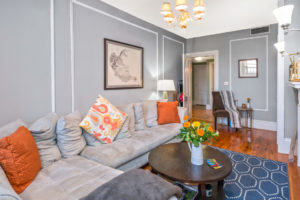 In fact, the agent who represented the buyer didn’t even expect to see this property on market a year later. I was the listing agent and when I saw 127 Beacon Street unit 51 come on the market August 8th, 2018 I was truly shocked and that wasn’t the only reaction I had. The home sold a year ago for $720,000 had been on market for 35 days before seller accepted an offer. On Aug 8th, 2018 it was listed for $950,000. Many people will be asking themselves all right what did the seller do to the property to command such a price in less than 1 year? Does it have parking? Did the seller put an elevator in? Did the square footage change? The answer is no. The unit is the same on all of those fronts, but what the seller did do is update the kitchen by putting in new appliances, updated the cabinets, painted the home white or off-white, and besides that, the home is exactly the same. Will it get the asking price of $950,000? Right now it’s too hard to make a judgment it was listed at the worst time of year. August is when most buyers and even sellers think more about vacation than buying a home, but in September will it get the asking price? I just don’t see the seller getting $950,000 I think they will get more than what they paid for it, but I don’t think they will get anywhere close to 900,000 range. It should be noted that the buyer agent who worked with the buyer is not the selling agent, and I don’t have confirmation but I did reach out to them. I am willing to bet the agent is not the selling agent because the seller wanted this price and didn’t want to list for the actual price it would resell for.  I could be wrong.  This will be a great property to watch. It has a great condo association, financials are strong, the owner-occupied ratio is high and the sales that have happened in the building have done well, but they have sold at market value and the pricing kept in mind where it was located, what floor it was on, finishes and time of year.  Buyers and Seller this is a great property but I don’t think the pricing is right and it’s a great property to watch and see what it sells for hopefully this fall. If you have questions about this property or are thinking about selling or buying in the metro area or just in Back Bay Contact Me. Fall is a great time for buyers and sellers and sometimes is less stressful then spring market.