Boston and Seattle: Tale of Two Cities. These two cities are Fantastic cities to call home. These amazing cities both offer something for everyone. 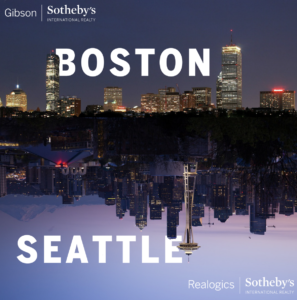 Seattle and Boston both have very strong real estate markets that have been driving forces in the economy. They are both hotbeds for startups and technology.  Seattle is home to Amazon which draws and continues to keep the tech-savvy and Boston is home to Hubspot, Placester, and even Amazon has offices in Seaport District.  Boston also offers some of the best Medical hospitals and Seattle offers some of the best medical breakthroughs.  Boston has a constant source of new talent available due to our top hospitals, medical institutions, and Colleges and Universities. These great cities are a huge pot of global talent.  Talent in these cities has the ability to foster and nurture their local talent. These cities also offer ample transportation and is a big source of trade.  Seattle and Boston hold major ports making them a big link in the global trade market.   Last they are both players in the entertainment world. Seattle and Boston offer a thriving music scene, along with a great art culture. 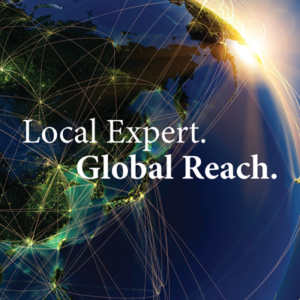 Whether you’re looking to move to the heart of the metropolitan city. Or a quaint Seattle suburb I can help you discover the community, home, and lifestyle. By the end of the search, it will be the perfect fit.  I can connect you to our Sotheby’s Affiliate and make sure you get the top tier service. Once you are connected to a local Seattle expert our in-house Relocation specialist will get updates on how the process is going, and pass that onto me. I often stay in touch when with my client moving across the country, The main reason why is so if they are not happy I can actually do something about it and improve your experience. 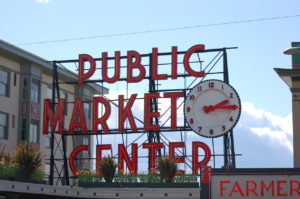 Boston and Seattle are vibrant cities and fairly common to find transplants calling either city home.  Both Cities are always making the best places to live. They also have tight housing markets. They are two in the nation most housing-strapped markets,  Even with there challenges both cities are currently experiencing unprecedented development of office, retail and residential space. Cranes fill the skies as development projects downtown and in other close-in urban neighborhoods usher in higher and denser cities. Pike Place which is a Seattle landmark recently expanded with new amenities, services, housing, and links to a future redeveloped central waterfront for Elliott Bay. The MarketPlace Project included the addition of 30,000 square feet of open public space encompassing a public plaza and viewing deck. This project will also have a neighborhood center, commercial along with retail space. It will offer 40 units of low-income and senior housing. Seattle’s growth extends to surrounding core neighborhoods: Uptown, South Lake Union, Denny Triangle, First Hill, parts of Capitol Hill, the International District, Pioneer Square, and Belltown. 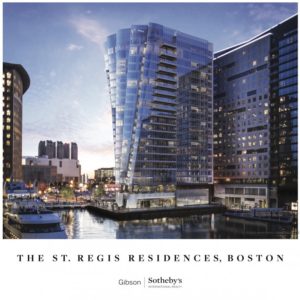 Boston like Seattle is in the midst of a building boom with cranes being the new normal in Boston. This year, multiple projects reached critical milestones and new project plans were just revealed. The Seaport District’s St. Regis Residences just broke ground in October. In Kenmore Square, Fenway Center took place earlier this year in January. One Dalton, Boston’sthird-tallest tower, officially topped off in August, adding 61 stories of Four Seasons hotel rooms and luxury condos to Boston’s Back Bay neighborhood. The first tower of EchelonSeaport, situated in the Seaport District’s “Block M” development area, topped off in September. The three-tower mixed-use luxury complex is to be available in 2020. 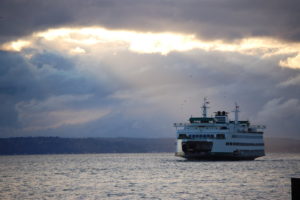 Boston is a small city but doesn’t have all the trappings of a small city. Easy access to mass transit with Northeast Corridor on Amtrak,  Boston offers subway options and commuter rail giving easy access throughout much of the region. Bostonians can get out of town with ease.  Bostonians can get to Lakes Region of New Hampshire via shuttle out of South Station. If your wanting to get to the Cape and Martha Vineyard it is a quick ferry ride.  The city of Seattle is slightly more isolated from the rest of the Lower 48, with few other major cities nearby. Seattle has several small towns along with luxe resorts that are in close proximity to Seattle’s mountain backdrop. Seattleites can enjoy beautiful 3 1/2-hour boat ride to the San Juan Islands or trek south to the 28-mile beach on Long Beach Peninsula.

Both of these great cities offer walkable commercial cores, prosperous, diverse economies, and distinct neighborhoods surrounded by scenic landscapes. Seattle and Boston are constantly noted as one of the top fittest cities in the American cities.

One Agent Making the Move Easy

If you are considering making the move to Boston or Seattle contact me, and we can get in touch with a great agent so at least two things can remain familiar in your life.  Your agent you first met part of the Sotheby’s International Network and the Brand. Contact me today and we can work out a plan that takes the stress out of moving.