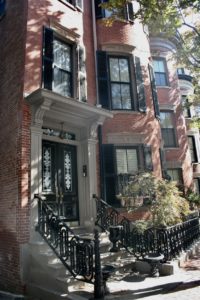 The South End is very local. It’s not just a feeling about being local it is local at its core. Local business, knowing your neighbor is at the roots of the south end.  The South End really is at its core about being local, and its hard to find big box companies in the South End.   The South End offers and is known for its great fine dining in every single budget, local businesses that you can only find in the South End or Started their business in the South End and Later expanded like Flour Bakery and Polka Dog Bakery to give you an example. It really has a local business at its core with a true local feel. It also allows people to work, live and play which is a lifestyle many people want. The South end also offers rich history, row houses that date to 1800’s and architecture buildings that offer original detail with modern touches. This neighborhood wasn’t always what it is now at one point it was a rundown part of Boston with high crime. There were nightclubs more than cafe’s, and parents kept a close eye on their children. I can remember looking at the South End in 2000’s and the agent who showed my mom and I South End said to us keep an open mind this is an up and coming area. It didn’t have buttery, or restaurants like B&G Oyster, and the row houses some were in good shape and others needed TLC. Characters sat on the steps in clothing fit for the bedroom. My mother was not amused by the agent and demanded they show us what we requested. I ventured again to the South End two years after I moved to Boston where I had a boss who lived on Rutland Square and she yelled at me for not taking a cab from Symphony area to South End, and I remember saying to her this is not 125th Street why are you freaking out? Talking to people in the area years later said South End wasn’t what it is now and me walking from Symphony to South End wasn’t a smart idea. If you’re wondering when that was that was in 2000 and 2002. There has been a lot of change that has happened. 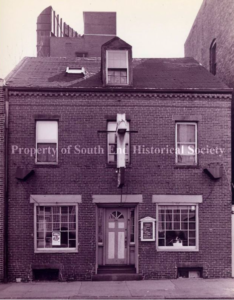 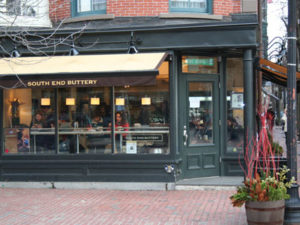 South End has become the place to go to eat at the best local restaurants where you can experience young chefs cooking up fantastic food with local ties. The Bakery’s like Flour and Buttery, but you really don’t find much big-box retail minus Starbucks, Cafe Nero.  If I had to describe the South End I would say the South End offers a sense of community that is accepting of everyone but especially the Gay and Lesbian Community along with local artists and this holds true. There are eight streets in the South End that are some of the most desirable streets. There is much reason why they are desirable streets, but one of the reasons is their location and how close they are to Back Bay Streets.  Dwight, Milford, Taylor, Bond, Milford, Hanson, Waltham and Union Park.  Some would argue there are other streets that should be on this list like West Canton, St Botolph, and although those streets are desirable in South End they are not referred to South End eight Streets. 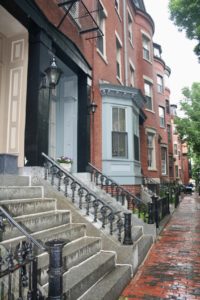 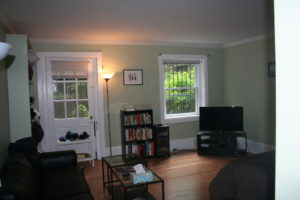 If you wanted to call one of the eight streets home, but not sure if it’s for you renting can be a great option to try out a street before making that big commitment.  Waltham Street is a great street to rent or own, and if you’re looking for a 1 bed with outdoor space maybe 82 Waltham should be on their list. This 1 bed 1 bath for Sept 1st has just come on the market. This spacious 1 bed offers northern and southern exposure and is a stone throw away from Ringgold Park.  Front to back square footage, and all through the unit is garden level it does look over a landscape patio space and gets light. Hardwood floors throughout, and even though its only 577 square feet it doesn’t feel like it’s less than 600 square feet of living space. The kitchen offers an open concept allowing you to cook while you interact with your friends and family. Dishwasher and disposal with ample cabinet space.

The Bedroom is located in the back of the unit allow no one to disturb you while you sleep. Ample Closet space and bedroom is big enough to fit a King Size Bed and other furniture. Free Laundry in building and best of all this building is not a rental building it is a condo building so you know the building will be well maintained. If you would like to live on one of the eight streets let me know and we can tour them together for sale or for rent. Contact me about this property and any other property you have seen here.