Home > What is a Rooming House? 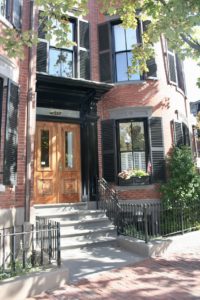 Boston has some of the oldest housing in the country. Massachusetts housing started as single-family homes and later converted into apartments, condos or rooming houses. Most of the general public if you mention rooming house have no clue what that is, and how they are different then renting a standard apartment.

Rooming houses became more common in the 19th century. They allowed owners a way to make extra money. At one point in Boston history between a third to a half, the city lived in Rooming houses. Some rooming houses were for women only, and others were for men. Most were for men, but the YMCA provided heavily supervised boarding homes for young women. There were some for families but it was less common to find. Boarding or rooming houses made it affordable for people to move into the city.

As a result of the 1936 definition, boarding houses became less common in the early 20th century. The boarding house was also impacted by mass transit development. Mass transit options improved for the public.  Transit made it more feasible for more city residents to live in the suburbs and work in the city.

In the 1930-1940s rooming house’s popularity became less common.   By 1950 the housing boom hit and the middle class could increasingly afford their own homes. 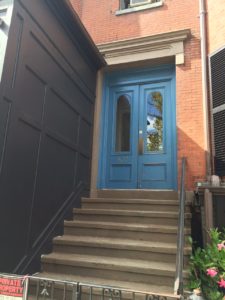 Today, Rooming houses are still around in Massachusetts and are great options for anyone, however, they do have limitations that people need to be aware of.  First, off Rooming houses, your landlord can’t just rent out there a place like they can a normal apartment. The landlord, if they have a rooming house, must have a lodging license, and all available for rent must meet health and safety standards along with being well maintained.

Make needed repairs without charge, unless you caused the damage. 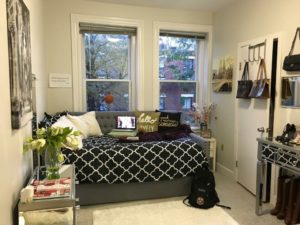 Get your permission to enter your room to make repairs – unless it is an emergency. Give your privacy. The landlord is only allowed to enter the room if permission given. The only exception is if there is an emergency or if they have a court order. Landlords can’t lock a tenant out of the room. If a landlord must evict you they must get a court order and can’t hold onto your belongings. 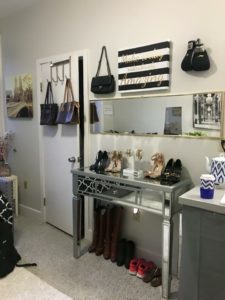 A landlord must provide a toilet, washbasin, and a shower or a bathtub for every 8 rooming house occupants. If the bathroom is common, then the landlord is responsible for cleaning them every 24 hours. Private bathrooms can be found in a rooming house, but unlike shared bathrooms, the landlord is not responsible for making sure they remain clean while being rented by a tenant.

If an owner provides individual cooking facilities, then they must include a gas or electric plate, a refrigerator, and a sink with hot and cold running water. 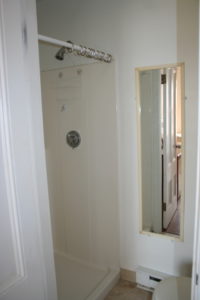 If the space you rent has cooking facilities and 2 adjoining rooms, then the landlord must provide gas or electric range, a refrigerator, a sink with hot and cold running water, and storage area for your food. Microwave ovens are also permitted in lodging house rooms along with common areas.

Rooming houses often have restrictions on how many people can live in the studio and often are single occupancy. Single occupancy also means having friends, family or significant other spending the night. Traditional studios often do not have that restriction. Traditional studios often also have a sink, fridge, and sometimes full oven or cooktops. A rooming house may not have more than a microwave, toaster oven, and mini-fridge. Rooming houses each person has their own lease with a landlord.  Leases can be anywhere from 1 month or longer. Rooming houses still must adhere to the disability act and can’t discriminate based on sex or race. Some landlords do have income requirements and that might also include credit history and past references.

Day to day living is pretty much the same in a rooming house.  You are responsible for maintaining your space. There is no hall monitor asking you to check-in. You can come and go as you please. Some buildings even have laundry in the building. Every person in the building is adhering to the same rules and regulations. Every person who applied for a unit must meet the same requirements set.

Where Can I find Rooming Houses in Massachusetts

Rooming houses are rare to come across but can be found in South End, Salem, and Lowell. A Rooming house can be a very flexible option for anyone who can’t make long term committed plans. Some people find it works great especially if they are working in one city and living in another.

The South End used to have many rooming houses, but now only has a few. One of those rooming houses is located at 627 Tremont Street. Many of the folks who live in the building are very successful hardworking people. I have a client who is renting at 627 Tremont Street and he works in financial district Mon-Friday, and his family lived in Connecticut outside of Hartford.  Tired of the commute to work from Connecticut every day he decided to rent at 627 Tremont was a better solution. Mon-Thurs. he rents at 627 Tremont Street. Friday to Sunday he stays in Connecticut spending it with his wife and children. I had another client who still calls 627 Tremont Street home where he had a great paying job in the south end but ran into some financial issues and screwed up his credit and was too old to do the roommate route. The client has been there five years and the landlord can’t see him ever leaving the building. Another client called 627 Tremont Street home while her current home was under renovation. She called the place home for 8 months. They all wanted a place that offered a central location but allowed them the flexibility that a traditional rental can’t offer. 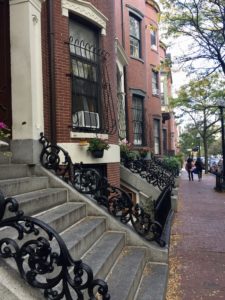 If you’re looking for space you truly don’t have to share with anyone and don’t want to hold onto a lot of stuff a rooming house can be a great solution. 627 Tremont Street is also a great place to live since its right near all the best restaurants. So, one might say who cares I can’t cook a gourmet meal I can go out and have someone cook and clean.

There is no parking available at 627 Tremont Street but there is plenty of resident street parking.  The south end is a very walkable area and it close to Back Bay where you can find Green, orange, Silver Line and buses. South End also offer silver line and buses as well.

One of the best things about living in a rooming house is it will force you to get to know your neighborhood its around and isn’t that what city living is all about? 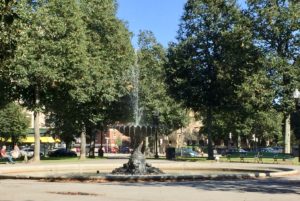 Getting to know your neighborhood? If you would like to know if there are units available at 627 Tremont Street or have questions about living in a rooming house contact me.